International Expert Talk Series on “Wearable Supernumerary Robotic Arms” by Dr.Joga Dharma Setiawan, Professor, National Center for Sustainable Transportation Technology,Institut Teknologi Bandung,Indonesia delivered a talk on 07.02.2020,EEE Research lab at Muthayammal Engineering College.
Supernumerary robotic arms that can help you do things that would be uncomfortable, dangerous or impossible to do on your own. The concept is to augment the number of limbs of a user, with artificial ones that are attached to a harness.

The whole robotic device is composed of the robotic arm and the power units .The power units contain a rotary power source, clutches and cylinders. Supernumerary robotics limbs are independent robotic arms, mounted on a human to provide a robotic co-worker. The wearable robot, a Supernumerary Robotic Limb, can lift an object and hold it while the wearer is securing the object using a tool with both hands. The worker does not have to take a laborious posture for a long time, reducing fatigue and injuries. Furthermore, a single worker can execute the task, which would otherwise require two workers. 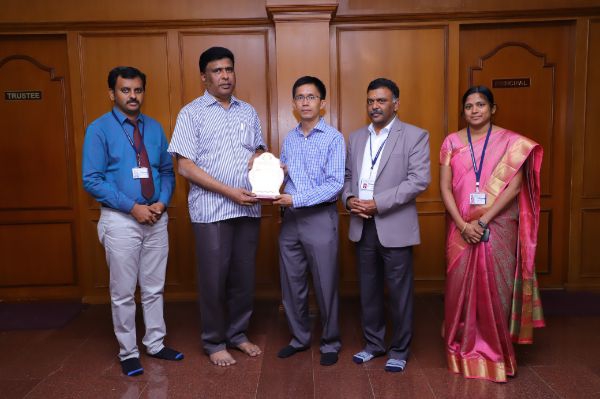 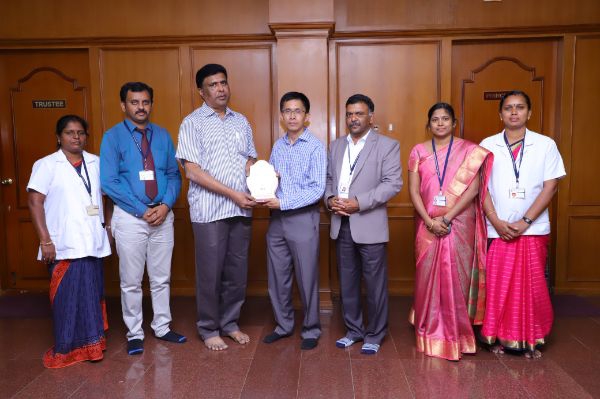